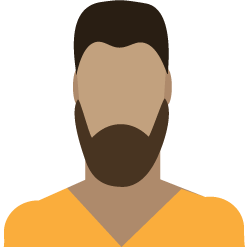 You've been involved in an incident that left you hurt, and you also believe that this happened because a person or an organization didn't do what they should have done to keep you safe. What do you do now? Let's take a look.

Determining Who Is Responsible

The first step in the personal injury claim process is to establish who might have been at fault for what happened. If you were injured in a slip-and-fall accident at a store, for example, it's easy to say that it's a janitor's fault for leaving a wet spot on the floor.

In the strictest sense, that may be true. There are two other issues, though. First, let's be brutally honest. The janitor probably doesn't have a lot of money. Second, the janitor's work is an extension of the store's operation, and the store is usually seen as the more legally responsible party for what occurs on its premises. In most cases, an injury attorney will tell you to focus on pursuing action against the store.

Establishing Whether You Have A Case

Just because you believe it was the fault of the store's employee, though, doesn't make that necessarily true. Were there clearly posted warning signs around the area? Had you been told to not walk there? Would a reasonable person have thought the area was safe?

These questions matter because both you and the store are subject to what is known in law as the duty of care. The duty of care is the obligation we all have as members of a civil society to not endanger others or ourselves. There's a reason you've seen a lot of "Caution: Wet Floor" signs in your lifetime, and the duty of care is that reason. Similarly, you have a duty to heed warnings.

In this scenario, if you have a case, your injury lawyer will file paperwork informing the store and its insurer of your intent to seek compensation. The injury attorney will request that all evidence, such as videotapes of where the incident occurred, be retained. On the insurer's end, a claims adjuster will be assigned to the case.

The adjuster will have the option to reject the claim, accept it or make an offer to settle. Your counsel will present the offer to you and explain whether they believe you should accept it or negotiate. For more information, contact a company such as Curiel & Runion, PLC today.